To catch a replay of the Annual Meeting, please click the image below:

Kay Dougherty: Kay and her husband, David, moved to Wilmington in 2012, having retired from The Hill School in Pottstown, PA, where David was Headmaster and Kay was the Senior Director of Admission. Although there was a local Episcopal Church nearby, their church attendance consisted mostly of services at the school’s on-campus chapel (two times during the week and once on Sunday). Kay graduated from Mary Baldwin College with a degree in mathematics and from the University of Virginia with a Masters in Secondary Education. She taught in both independent and public schools until her retirement. Since joining St. James in 2013, Kay has completed EFM, and has been a lector and a member of the Lecture Committee, the Evangelism Committee, and the Meals on Wheels volunteers. For several years, she and David offered a class at St. James to local high school students and their parents on “How to Navigate College Admissions.” Within the Wilmington community, she has been a volunteer with Help Hub, One Love Tennis, and Women’s Impact Network (WIN), and is on the Board of The Hill School of Wilmington. She has two grown sons – Leighton (Durham) and David (Greensboro) – and she enjoys reading, walking, and playing both bridge and Mah Jongg.
Tom Hackler: I grew up in Raleigh and have a deep family history in Wilmington. Following graduation from UNCW, I went to work for Carolina Power & Light in Southport at our Brunswick Nuclear Plant, serving in a variety of roles over my 38 year career. My wife, Hope, and I were married at St. James by Rev. Bob Cook in 1987. Our son, Powell, held his Eagle Scout ceremony at Mount Lebanon Chapel in 2010. He and his fiancé, Janet, plan to be married there in October 2021. I have served for numerous years on the Lebanon Chapel grounds crews, and currently serve on the Mount Lebanon Chapel Board of Directors, president of non-profit Masonboro.org, treasurer of the Coach Bill Dooley Education Foundation and chairman of the City of Wilmington Civil Service Commission. In my spare time I enjoy being on the water with my family and friends.
Leslie Jarrett: Growing up Lutheran outside of Raleigh, Leslie joined St. James four years ago when she and her husband (David) moved to Leland. When visiting St. James for the first time it felt like home. They became involved in the 20/30’s group (now Bread Breakers) and Faith Formation. Leslie has also served as a greeter and most recently completed the Sacred Ground course as a part of the Racial Healing Task Force. Leslie and David are both graduates of Clemson University where they met in campus ministry. Leslie went on to Vet School at NC State and after graduation worked as a large animal (farm animal) veterinarian. This past year she started her own business - Align Mobile Veterinary Chiropractic. Leslie and David have two adorable children, Charlotte (2 years) and Henry (8 months). Charlotte loves the St. James Day School and Henry enjoys the recent outside services at Mt. Lebanon.
Al Marr: I was born into the Episcopal Church so it has literally been a part of my entire life and has been the foundation of my Christian upbringing and understanding. I was baptized at St. David’s Episcopal Church in Cullowhee, NC and spent my formative years at the Holy Comforter Episcopal Church in Burlington, NC where I was confirmed. I was an acolyte from fourth grade until graduating from high school. After finishing my residency/fellowship in orthopaedic surgery my wife and I moved to Wilmington and joined St. James (1999). Ron Abrams became the rector around the same time and came from my parents’ parish in Fayetteville. Jane and I have raised and baptized all three of our sons at St. James. Two of them attended Virginia Episcopal School in Virginia. One of my fondest memories at St. James was attending Walker Taylor’s Sunday school class where I learned a lot about the Episcopal Church and the history of St. James. I have served St. James as a Sunday school parent, Sunday morning men’s cooking team, as member of the St. James athletic committee and as an usher on Sunday mornings.
Interim Rector Remarks - Rev. Pierce Klemmt
Priest In Charge Remarks- Rev. Michel Singer

Tags: Letters from Leadership and Clergy 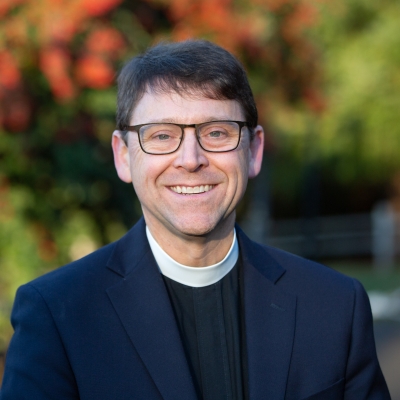 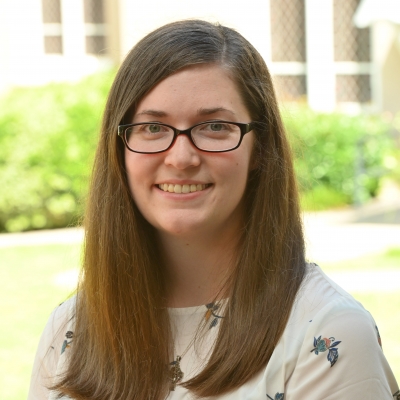 My background is a little unconventional but that has led me to be a more well-rounded marketer. I started out in undergrad as a Studio Art Major and a few years after graduation I decided to pursue my Masters in Business Administration. Once I had my MBA, I joined a regional commercial real estate firm as their Digital Marketing Associate then Marketing Director. Now, I’m excited to bring my experience to St. James Parish and start a new adventure with my husband here in Wilmington! 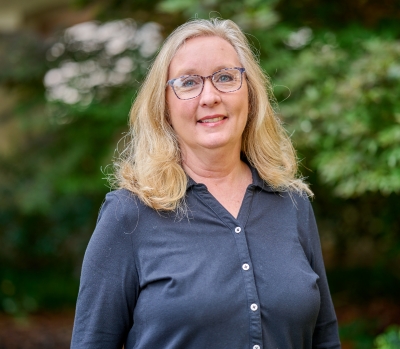 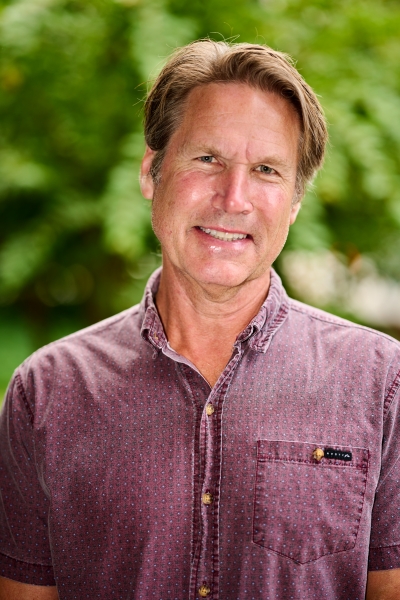 Bill McKenzie, a long-time member of the Parish, will be succeeding Don in the Facilities Administrator position. Bill is a commercial property appraiser with a broad knowledge of building and property management. Bill has been actively involved in the life and ministries of the Parish having served on Vestry, worked as a team leader on the breakfast crew and continues Lead Verger duties this summer at Mt. Lebanon Chapel.

All are invited and warmly welcome to join this weekly gathering. Come once and see what it’s about, come a few times, drop in when you can, come from wherever you are since we are meeting by ZOOM, join every Thursday – whatever works for you. We will divide the time between practicing a contemplative way to listen to Scripture, using questions to help us reflect, a time of practicing contemplative prayer/meditation in silence which is simply a way to open ourselves to God’s loving presence without using words, and a time for sharing at the end. No experience necessary – just curiosity and a desire to connect with God a bit more deeply. Questions are most welcome. Please call or email Linda Murchison, [email protected] , 910-619-0055.

Join us for Hospitality at Home! Bring a dish to share, and St. James will provide the meat. This is a great way for all to come together! RSVP on our meetup group here: meetup.com/stjames

Join us for worship at Mt. Lebanon Chapel

QUESTION OF THE WEEK:

What resources and tools has God called you to use in your own ministry?

We invite everyone to carefully reflect on the many blessings that we have been given, and how we can share these gifts to enhance our ministries within the Community of St. James and beyond.